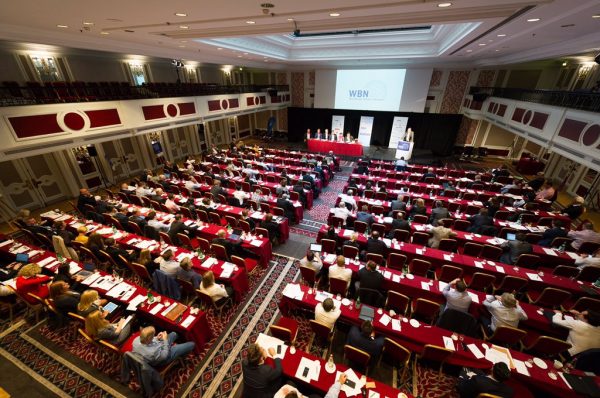 The 57th WBN Global Conference held by the Worldwide Broker Network, the leading independent broker network, drew to a close on Saturday 28th October 2017. During the 5 days of the conference, almost 350 brokers from more than 100 countries shared their ideas on international insurance programmes. A review of the week’s key events:

Verlingue opening evening on the theme of emerging risk

On the eve of the conference, Verlingue hosted an evening attended by around one hundred international clients and brokers on the theme of emerging risk, covering key social and political issues, terrorism and cyber risks.

The objective of the conference, which was launched by Verlingue CEO Eric Maumy and hosted by Editor in Chief of Les Echos Arnaud Le Gal, was to enlighten the companies present regarding major shifts in the risk situation.

Presentations by experts at the heart of current affairs

Several experts were invited by Verlingue to make presentations in order to decipher current affairs and the challenges faced by insurance players, including:

Nicolas Beytout, founder of l’Opinion, addressed the topic of French and European politics and the consequences of the Brexit.

Philippe Donnet, CEO of Generali Group, commented on the major issues at stake in the insurance sector.

Key ideas exchanged between the participants

Companies, brokers and insurers hosted panels to exchange ideas and share their experiences.

Verlingue stepped-up its commitment to the Energie Jeunes association

Outside of the conference programme, Verlingue and WBN wrote a cheque to the Energie Jeunes association, which Verlingue has supported for several years.

The association aims to help middle-school students in underprivileged areas persevere with their schooling.

Almost 350 brokers from around one hundred countries, over 100 client meetings organised, round tables, speakers, etc. Six months after New-York, this 57th edition of the global WBN conference broke all the records. Verlingue is now passing the torch to another member of the network for the next conference due in April 2018 at San Antonio (USA).

Verlingue, International business
Take a look at the WBN website