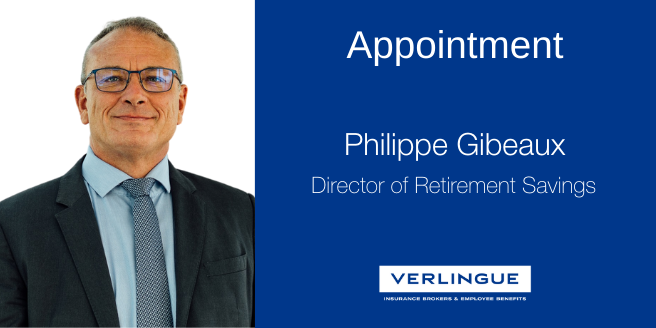 Verlingue has announced the appointment of Philippe Gibeaux as Director of Retirement Savings.

With this appointment, which renews and strengthens its teams, Verlingue is reaffirming the ambitions of its strategic plan centered around the development of its social protection expertise.

Over a period of 28 years, Philippe Gibeaux has worked to further supplementary social protection in the fields of development, sales promotion and negotiation.

The holder of a Master 2 in Economics and Management (IÉSEG School of Management), Philippe Gibeaux began his career at GAN VIE in 1992 before joining GAN EUROCOURTAGE, where he set up the East office. He was subsequently recruited by Groupama in 2008 as Mission Director.

For 11 years, Philippe has worked at Verlingue Nord as Director of Social Protection, primarily for major accounts.