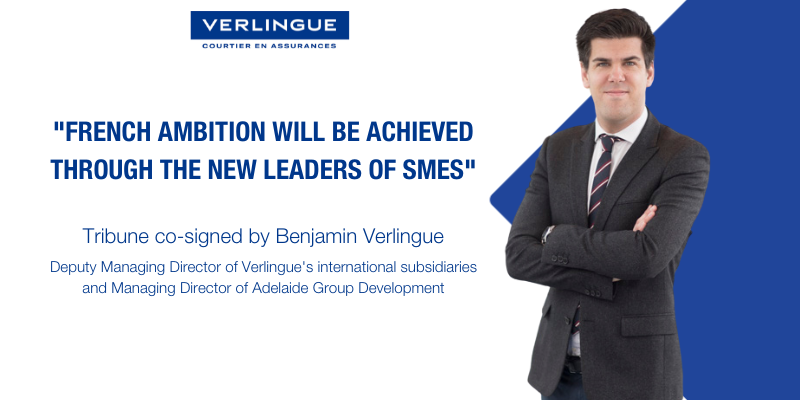 Benjamin Verlingue, Deputy Managing Director of Verlingue’s international subsidiaries, and Managing Director of Adelaide Group’s development, has co-signed an article on the transfer of small and medium-sized companies, entitled “Economic Sovereignty: why French ambition will depend on the new leaders of small and medium-sized companies” and published in Les Echos on Friday 5 August.

In the next 10 years, the landscape of family-owned SMEs in France will undergo an unprecedented transformation: 1 in 2 SMEs will be transferred. Half of these territorial champions will therefore be headed by a new manager, aged forty on average! The key to the emergence of this new generation? A wave of successful transmissions! It is on this wave that will depend the perpetuation of France’s know-how and economic development, and the solution to the equation that links national reindustrialisation and European sovereignty!

This article is written in the context of the intra-family transmission of the Adelaide Group. Benjamin Verlingue will take over from his father, Jacques Verlingue, as Chairman from 2024.

Article to be read in Les Echos