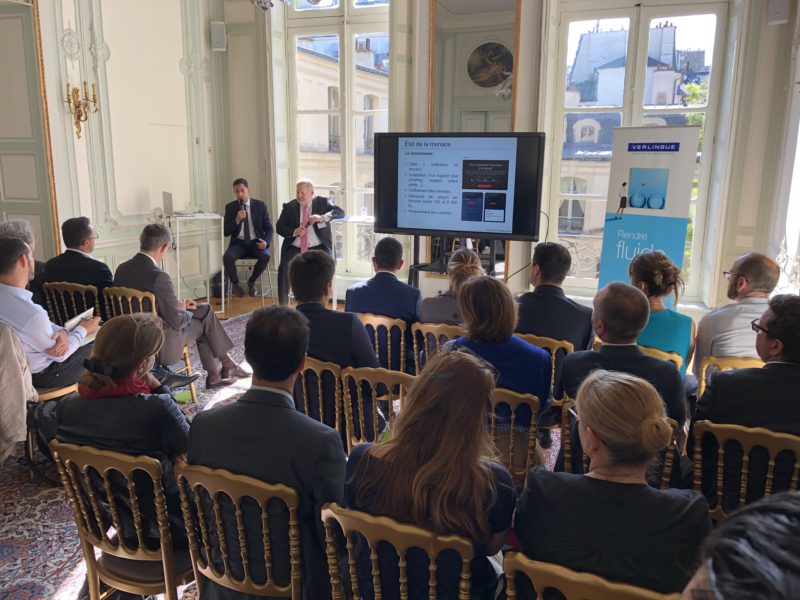 What are hackers really looking to achieve? What measures has France put in place to protect itself and the country’s companies? What threats are currently emerging? And what are the associated financial costs?…Last Friday, Verlingue organised a conference on cybercrime, jointly hosted by Nicolas Pierson, a cybersecurity expert and advisor to the French Presidential Office, and Emmanuel Larcher, Risk Manager at Verlingue. The conference was attended by around thirty trade professionals.

– An estimated USD600 million in financial losses due to data leaks, involving billions of pieces of compromised data.

– In 38% of cases, hackers only need a few seconds to get into a system. And in 28% of cases, it only takes a few minutes to steal the data.

– 82 seconds is the time lapse between the moment a phishing campaign is sent and the first click. A total of 23% of recipients open the emails, and 11% click.

– 99.9% of system vulnerabilities are still being exploited more than a year after being identified.