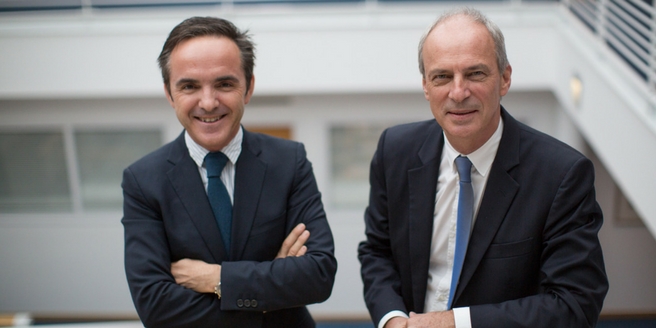 The insurance brokerage group’s management presented its new strategic plan for 2019-2022 to all its employees. The ambitious plan aims to double its turnover by 2022. Investments and increased digitisation are in the pipeline.

It is well known, appetite comes with eating. After closing a 2018 financial year with a 13% increase in turnover compared to the previous financial year, Verlingue has very high expectations for the coming years. This week, family brokerage group’s management presented its strategic project for the 2019-2022 period to all its French and international teams (some 1,000 employees).

The ninth largest broker on the French market has set itself the objective of reaching €330 million in turnover by 2022, including €210 million generated in France and €120 million on the international market (compared to €41 million currently). “We are already operating in Switzerland and the United Kingdom. We are also looking at Germany, the Netherlands, Belgium and Italy,” says Eric Maumy, Verlingue’s General Manager. We will certainly pursue external growth in countries where we already have a foothold. And we will finance these acquisitions with debt.” In France, the broker also states that it is also looking at possible purchases in specialist areas where it is not represented.

Another means of continuing to grow is to pursue the modernisation and digitalisation of the company, in particular through the Digital Factory launched in 2018 in Nantes. But not only that. “We will invest €40 million in the digital transformation of Verlingue over the next four years,” says Eric Maumy, who adds that “€30 million will also be invested in the further digitalization of Génération,” one of the two other subsidiaries of the Adélaïde group, which specialises in the delegation of health contract management and collective accidence cover plans.

An organic growth target of 11% per year

Verlingue expects its business to grow organically by 11% each year for four years in its core segments, namely mid-caps and key accounts, as well as certain specialist areas (real estate, financial institutions, healthcare institutions, life sciences, etc.). In particular, the insurance broker intends to step up its efforts relating to employee benefits. While the company is already present on supplementary pension schemes (Article 39, Article 83), it intends to go even further. A team is in the process of being formed. According to our sources, it will be managed by Xavier Clément-Lacroix, Sales Director of the Life and Health Insurance Division at Axelliance Conseil, who will join Verlingue as of 1 April.

A retirement team in the process of being formed

“We have a good feeling that the retirement reform that the government is preparing under the leadership of Jean-Paul Delevoye (editor’s note: Agnès Buzyn, the French Minister of Health, has said the bill should be introduced in the autumn) will result in a real Big Bang,” says Eric Maumy. Managers in particular will become aware of the low replacement rates. We want to be ready to support companies, advise them and implement the measures that will most probably be rethought as part of the reform that is taking shape. »

In the area of employee benefits, Verlingue will also bolster its accident cover offer, particularly regarding absenteeism (short and long stops). “With Génération, we will put forward a new offer to help companies manage this risk more effectively,” says Eric Maumy. “In particular, we will harness the data thanks to the information flows that come back to us thanks to the electronic payroll reporting (‘déclaration sociale nominative’)”

Helping employees to take better care of themselves

Another area in which Verlingue and Génération will collaborate even more (with Coverlife, Adélaïde’s other subsidiary, specialising in the distribution of health insurance and accident cover for individuals) is health. And more particularly prevention. “We are putting together a solution that goes beyond the rationale of simply reimbursing care,” says Eric Maumy. Above all, we want to help employees to take better care of themselves. We will do this by designing their offers and putting together solutions such as remote consultations (“it’s still in its infancy but tomorrow, it will be unavoidable”, according to the GM of Verlingue), second medical opinions, prevention against diseases related to physical inactivity, etc.

A solid offer in real estate

Finally, Verlingue will strengthen its foothold on the real estate market with the launch, next July, of a multi-risk real estate offer and the release, at the end of the year, of a guarantee against unpaid rents (‘garantie contre les loyers impayés’) on which data miners from Verlingue are currently working. Regarding the first goal, “we formed ideas with clients who told us they expected innovations that we would not have thought of. We are in the process of finalising our offer,” explains Eric Maumy. We have begun beta testing with customers. Initial feedback is very good.”