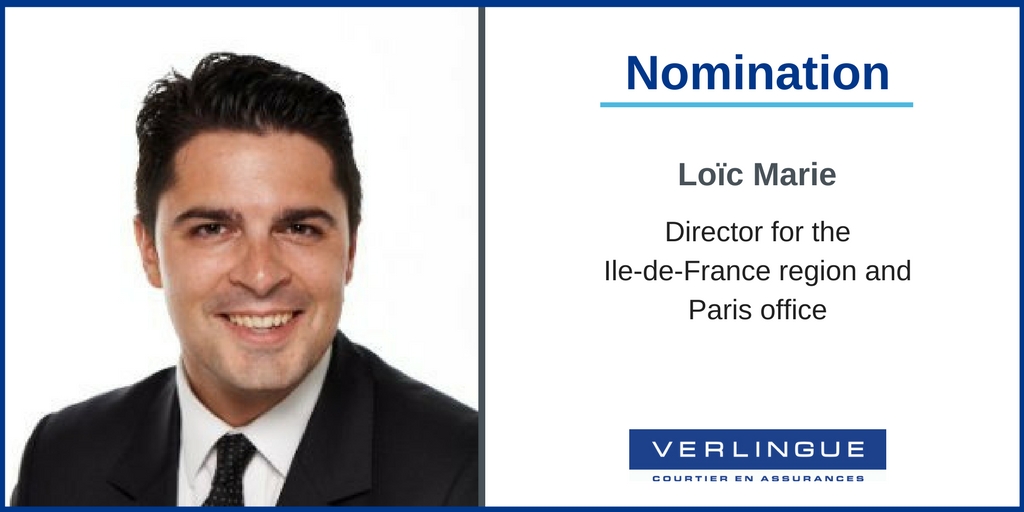 Loïc Marie joins Verlingue as Director for the Ile-de-France and Paris office.

After having started his career with the insurer AG2R La Mondiale in the development of major accounts, Loïc Marie worked at Verlingue from 2006 to 2010 as an account executive.

He then spent 6 years at Mercer France where he was “Deputy Sales and Country Business Leader”.

Loïc is well-recognised in the insurance and broking market and returns to Verlingue to manage the Ile-de-France region and our Paris office, consisting of nearly 200 staff.