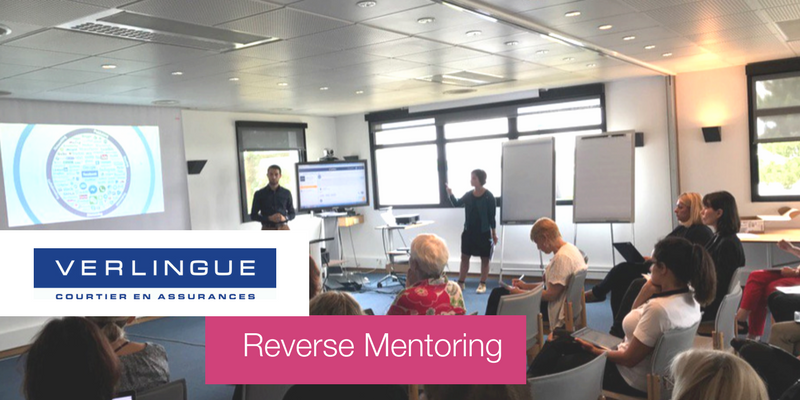 Verlingue has innovated and is now organising Reverse Mentoring sessions with its staff on a variety of subjects.

In 2016, at a hackathon organised at the Manager University*, a working group suggested experimenting with the concept of Reverse Mentoring as a new way of collaborating at Verlingue.

Less than a year later, driven by the team that was at the origin of the project, Verlingue has organised two initial sessions at its head office, on the topic of social media.

40 staffers, from all aspects of the business, have experienced Reverse Mentoring, combining training, practical advice and relaxed dialogue with young colleagues who joined Verlingue less than a year ago.

Given the success of these first sessions, Verlingue plans to deploy the programme throughout its 13 offices across France, offering new topics to 800 staff.

*Every year, Verlingue organises its Manager University, a not-to-be-missed in-house event, including team workshops, that brings together all the company’s managers.