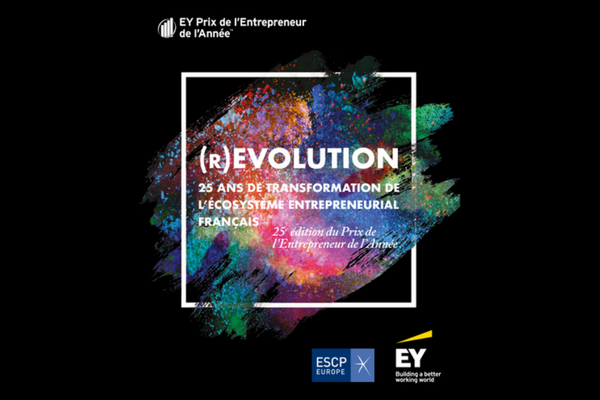 To coincide with the Entrepreneur Of The Year programme which Verlingue has been partnering since 2012, EY and ESCP Europe have published the results of a study entitled “(R)Evolution: 25 years of transformation of the French entrepreneurial ecosystem”.

25 years ago, no one would have considered France to be at the forefront of entrepreneurship. On the contrary, the country was usually way down the international listings in such matters. The situation today is quite the reverse and some people even think that France could become the European leader in 3 to 5 years time. Such a dramatic change did not happen in a day.

In order to describe the incredible enrichment of the French entrepreneurial ecosystem, the study looks at the positive trends and current issues for each type of player – entrepreneur, trainer, consultant, large group and regulator – and makes certain recommendations.
• Entrepreneurs: from profiled as originals to being a success model.
• Trainers: from a few impassioned individuals to being a rich and varied academic community.
• Consultants: from emergence to acceleration.
• Investors: from a banking logic to an entrepreneurial approach.
• Large groups: from indifference to evidence.
• Deciders and regulators: when entrepreneurship becomes a national priority.

“France has experienced unprecedented mobilisation: in 25 years all the country’s stakeholders have launched a host of actions and initiatives to make the economy more entrepreneurial. Today, the results are astounding and encouraging. Even so, just the slogan “all entrepreneurs” cannot alone ensure harmonious economic and social development in the country. More than just the creation of enterprises alone, one must work on three complementary levers: growth, protection and organisational agility” so says Jean-François Royer, an EY partner and author of the study.