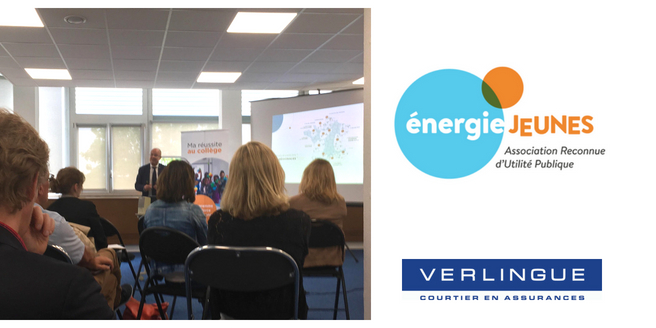 Since 2012, Verlingue’s staff have been involved in the Energie Jeunes programme, particularly in the Nord and Grand Est regions, working with schools from deprived areas. The objective: To develop perseverance among schoolchildren to avoid them dropping out of school early in large numbers.

To raise awareness among its clients and encourage them to volunteer, Verlingue organised a special session in Mulhouse to introduce Energie Jeunes.

In the presence of representatives from the association, Verlingue’s staff discussed their experience and commitment as part of a programme which has already proven its effectiveness (a scientific study involving the monitoring of 24,000 pupils).

About Energie Jeunes
An association officially recognised as working in the public interest, covered by an approval issued by the Ministry of National Education, Energie Jeunes seeks to encourage perseverance among schoolchildren in deprived areas.