Verlingue has been an official partner of the Entrepreneur competition since 2012 and was present at the national ceremony where the firm had the honour of presenting the Entrepreneur of the Year award to Jacques-Antoine Granjon, CEO of Vente-privée.com. He succeeds Gilles Falc’hun, CEO of Sill Entreprises, the 2015 winner. A look back on the ceremony and the award winners in images.

The “start-up of the year” award: Olivier Hersent and Nicolas Jordan, Actility

Actility markets a turnkey infrastructure to operators looking to deploy low frequency networks and is based on the LoRa technology, thereby creating an ecosystem for connected devices. Actility is a competitor to Sigfox and is seen as one of the next major French powerhouses.

Doctolib has a simple but ambitious goal, to become the “Healthcare Google”. The firm offers a service that is revolutionising the daily lives of patients and healthcare practitioners alike.

“Growing but not losing one’s soul” that is Denis Lambert’s slogan. His goal: pass on a more beautiful company than the one he inherited. The LDC group was founded in 1968 (its brands include Loué, Le Gaulois, Maître Coq, Marie and Tradition d’Asie) and is European market leader.

The “societal commitment” award: Thierry Marx, Cuisine mode d’emploi(s)* [*“training for your job as a chef”]

Thierry Marx’s career that led to Michelin stars, began in 1988. He was awarded two stars by the Michelin Guide in 2012. Ever since 2002, he has been working in prisons to pass on his know-how and help volunteer prisoners in Poissy, who wish to benefit from professional training that leads to a diploma in Catering. He also started a free training course in catering jobs called “Training for your job as a chef” [‘Cuisine mode d’emploi(s)’], aimed especially at young people without any qualifications trying to get back into society or the world of work. Capsa Container was born in 2013 and is an industrial firm that offers a range of innovative, modular, customisable solutions to meet the needs of professionals and private individuals.

The “Entrepreneur of the Year” award: Jacques-Antoine Granjon, CEO of vente-privee.com “In any company it is the quality of your staff that counts” is the statement made once again by Jacques-Antoine Granjon on receiving the 2016 entrepreneur of the year award.  vente-privee.com has been the specialist for 15 years in online clearance sales of major brands in all areas and is the creator of “event selling” on the Internet. 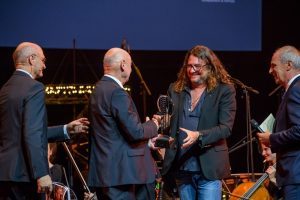 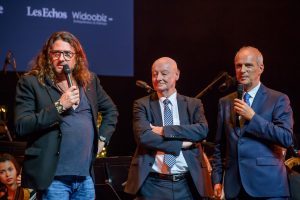 *The “Entrepreneur of the Year” award was created in 1986 by EY in the United States and aims to highlight the exceptional career paths of the women and men who are driving growth and competitiveness. The programme now involves 60 countries and rewards more than 900 winners each year.