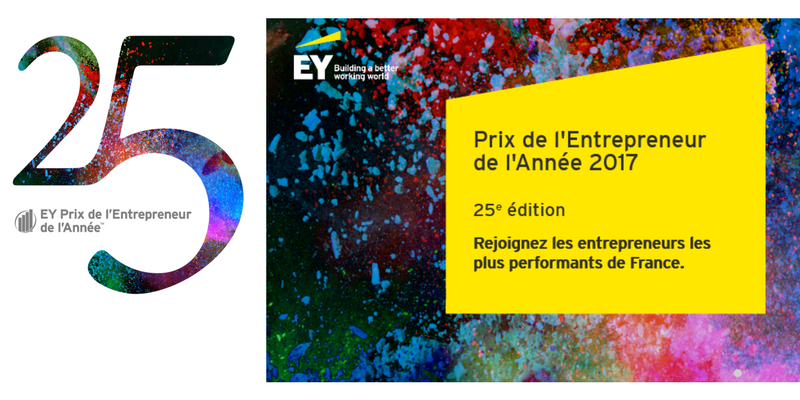 The Entrepreneur of the Year competition, in partnership with Verlingue, has launched its 25th edition setting out to highlight the exceptional track records of those women and men who are driving growth and competitiveness in France.

The programme was started by EY in the United States in 1986 and now involves 60 countries and rewards more than 900 winners each year. Verlingue has been an official partner of the Entrepreneur of the Year awards since 2012.

Here are the main stages of the 25th edition:

May-June: Interviews and collection of information

Entrepreneur of the Year winners will be announced during September in the seven regions of France: Auvergne-Rhône-Alpes, Est, Ile-de-France, Nord de France, Ouest, Provence-Alpes-Côte-D’azur, and Grand-Sud. The winners from the regions will then compete for the national award ceremony that will take place on 17 October 2017 in Paris.

The Entrepreneur of the Year Award is organised by EY in partnership with HSBC, Verlingue insurance brokers, and Steelcase, with the support of Bpifrance and media support from Les Echos, L’Express and Widoobiz.

Enrol today and follow in the footsteps of the 2016 alumni.

Discover the selection criteria and the agenda