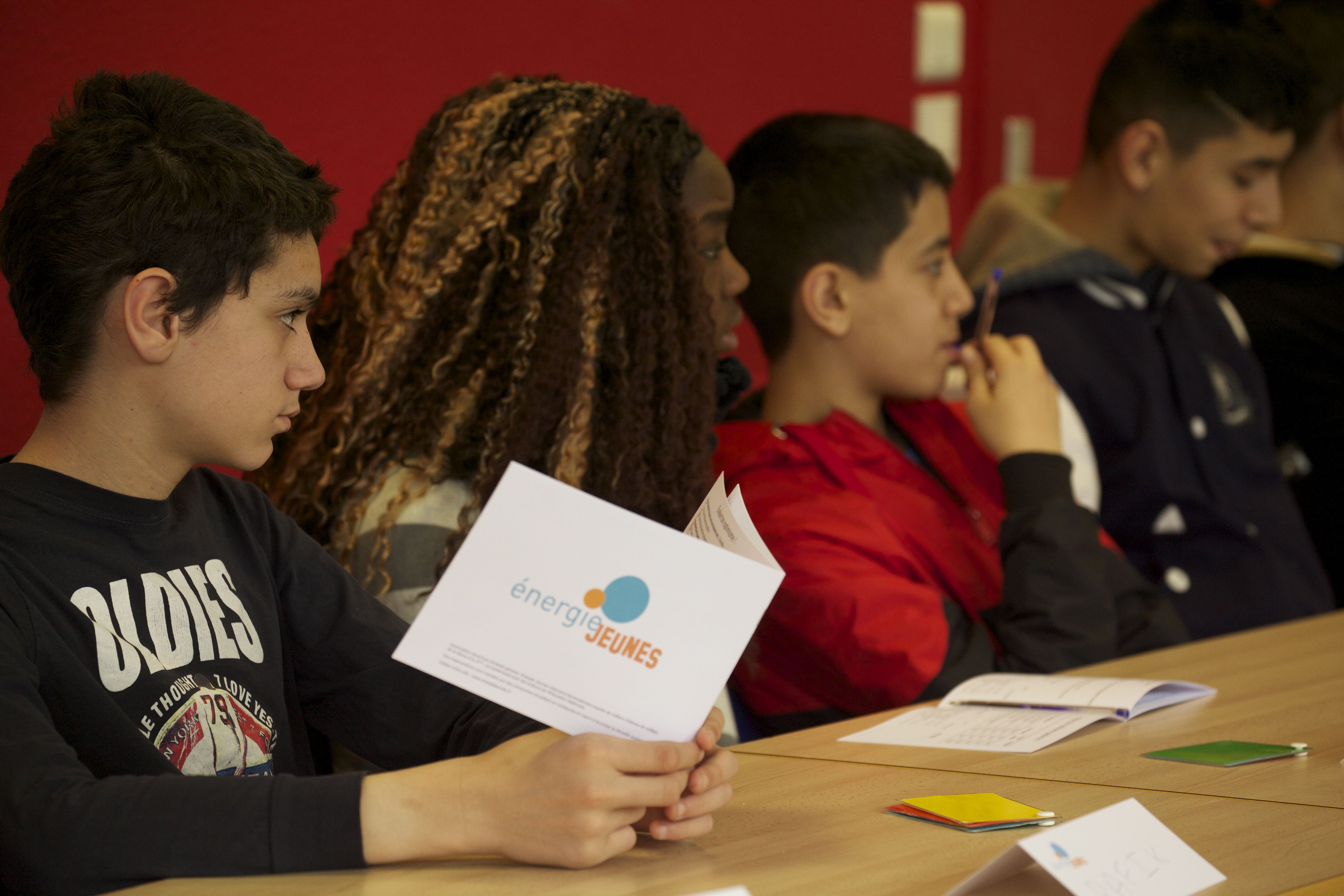 Since 2012 in the Hauts de France region and since 2015 in the Grand Est region, Verlingue, in partnership with the association Energie Jeunes has been working with secondary schools in underprivileged neighbourhoods. Our objective: transmit the desire to learn and develop perseverance at school based on a programme whose impact on children’s results has just been proven by a wide scientific study.

Over the last four years, around thirty Verlingue staff from the Lille and Mulhouse offices have been working in their free time with several hundred secondary school children in underprivileged neighbourhoods. A commitment, in collaboration with the association Energie Jeunes, intended to pass on to these young people the desire to invest and take their future in their own hands.

The association offers secondary schools a four-year programme (11 to 15 year olds), based on scientific work, and which consists of twelve micro-sessions of 55′ supplemented by an online portal, deployed by association volunteers right beside the main teacher in the classroom.

The effectiveness of Energie Jeunes’ work has been demonstrated by a wide scientific study conducted among 24,000 pupils, supervised by the public authorities. The study demonstrates that, already at the end of the first year of what is, after all, a four year programme “the pupils who have benefited from the Energie Jeunes programme have significantly higher marks in mathematics and French”.

Verlingue’s participation in the Energie Jeunes programme is based on the voluntary commitment of its staff members, which brings them professional development, team spirit and personal gratification.

Through this human adventure, the company is no longer just an efficient economic player, but also a vector of social values. It is in this perspective that Verlingue sought to renew its partnership so as to continue its commitment to young people wishing to invest in their own success.

Marc Christen, Verlingue manager for the Grand Est region says: “This opportunity came about at a time when I was looking for a project to mobilise our teams. Verlingue has built its success on the commitment of its employees who address this educational programme with the energy and willingness for which they are known. The results of this first year are more than positive! Verlingue is the business in the Grand Est region that mobilises the highest percentage of its staff in support of Energie Jeunes. After Mulhouse, we are looking to extend our partnership to Strasbourg. As we are close to other businesses in the region, another objective is to convince them to be part of this magnificent adventure for the benefit of pupils. “

Energie Jeunes is a not-for-profit association founded in 2009 and which won the “France commits itself” award in 2014. The association has national accreditation with the Ministry of Education. Its mission is to train young secondary school children in the less privileged neighbourhoods, in academic perseverance. The sessions are led by active or retired people from the business world with the support of young volunteers from the government’s Civic Service volunteer scheme. The effectiveness of Energie Jeunes’ work has been demonstrated by a wide scientific study conducted under the supervision of the public authorities