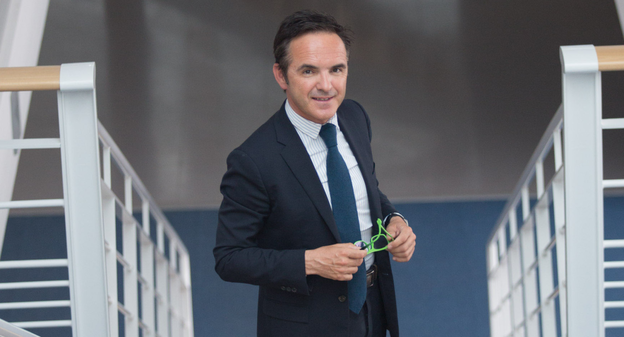 L’Argus de l’Assurance – After breaking all the records in 2017, the insurance broker Verlingue did even better last year with growth up by 13%.

All systems are go for Verlingue, the ninth largest insurance broker in the French market according to the latest league-tables in the Argus de l’Assurance. After seeing earnings grow 12% in 2017, at € 147 bn, the brokerage group specialising in business risk has again had a fine year.

Group turnover last year was € 166 bn, an increase of 13% over the previous accounting year. Overall, Verlingue reports a volume of negotiated premiums of € 1.9 bn with its large, medium and small business clients, which is 200 million euros more than in 2017 (€ 1.7 bn).

This new rise is the fruit of solid external growth with the acquisition in the United Kingdom, of the insurance broker ICB group which, with nearly 100 million premiums negotiated for its clients, enabled Verlingue to triple their size in the UK. “We are also reporting organic growth of 5% with significant international business”, explains Eric Maumy, Verlingue’s CEO. “Our foreign business accounts for 25% of our sales as compared with 20% a year ago. We are seeing our development model in the United Kingdom and Switzerland (Editor’s note: the group bought Advantis in 2016 and S&P in 2017) bearing fruit”. The brokerage group does not intend to leave it at that: Verlingue’s ambition is to achieve 50% of their turnover in international business.

Innovatory offers to be announced soon

Another major reason for Verlingue to feel satisfied are the major investments being made in digital transformation. These investments are being felt particularly due to the deployment of the platforms Assur@cces for credit insurance and immo@ccess and DO@access in the property sectors. And here again this is only a beginning because the insurance broker is laying high stakes on their digital factory in Nantes to increase this internal transformation. During the next presentation of their 2019-2022 plan next March, Verlingue should also be announcing “Innovatory offers“, according to Eric Maumy.

“We’ve just completed the best year in the history of the company, says Eric Maumy with a big smile. We have retained 97% of our client portfolio and have strengthened our company with priority business by signing with more than 200 new companies. This year we should report even stronger organic growth, particularly in mid-cap companies despite increased competition in this segment.”

A bumper year for P&C

While Verlingue’s growth remains buoyant in the complementary employee benefits sector, the brokerage group also had a particularly profitable 2018 in the property and casualty sector. “For the second year running we increased our turnover”, confirms Eric Maumy who, in a highly competitive context clearly sees the results “of the considerable strengthening of our teams in this field”. “We haven’t just invested in digital; we’ve also placed the emphasis on human capital. And it has paid off!”

Read the article on the Argus de l'Assurance website