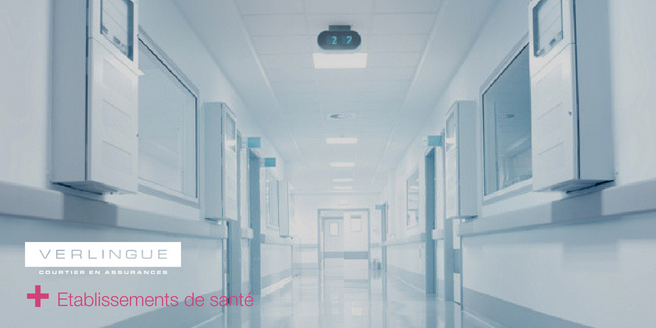 Millions of French volunteers have operational or leadership roles in healthcare, medical and social institutions or work on social actions.
What happens if one of your volunteers is injured or injures a third party?
Are your volunteers personally responsible for the damage they cause in the performance of their duties and what insurance should you purchase to address this damage?
It is critical to have a thorough understanding of the responsibilities and requirements of institutions vis-à-vis their volunteers.

1 – The volunteer is the injured party

Courts have found that a volunteer’s participation in the activities of an institution automatically creates a ‘tacit assistance agreement’ between the two parties which does not need to be formalised writing.

This agreement compels the institution to indemnify a volunteer who is the victim of bodily injury provided that the victim establishes the existence of negligence and its imputability to the institution (absence of safety rules, for example).

This requirement for the institution to indemnify the volunteer does not relieve a third party from indemnifying a volunteer who suffered injury because of negligence by said third party.

An institution may be released partially or completely from this obligation of indemnification, in particular if it succeeds in proving that the non-performance of the obligation of safety is the result of some other cause (force majeure or action by a third party) or if the volunteers themselves engaged in misconduct which caused their own injury.

In principle, the obligation of safety of institutions is only an obligation of means (First Civil Chamber, Public Hearing of Wednesday, 18 June 2014, Appeal no. 13-14843).

An accident may occur during an activity and the institutions or its members may be held liable.
Civil liability insurance is compulsory for institutions which have custody of disabled or maladjusted minors and in all other cases, the subscription of such coverage is strongly recommended.

When drawing up the contract, it is important to include all the persons who operate in the institution and to identify the activities carried out.

These contracts must provide coverage for the activities of these persons vis-à-vis external third parties and vis-à-vis each other.

For example, if establishments call on volunteers to transport users in their personal vehicles, they must confirm that the insurance contract covers such usage.

From the point of view of the third party, there is deemed to be a ‘master and servant relationship’, namely a type of hierarchical relationship or power relationship: a volunteer who participates in the activities of an institution, seen from the outside, is acting under the direct authority of the institution. In the event of injury caused by a volunteer, the institution may be held liable on the grounds of vicarious liability as set out in the Civil Code.

Therefore, the institution may be held liable if it can be proven that the negligence or misconduct of the volunteers can be deemed fulfilment of the master and servant relationship.
In this case, the institution (or, in practice, its broker) must have the insurer cover the indemnification of the victim and may not turn to the volunteer who committed the wrongdoing.

Conversely, if the injury was caused by personal negligence by the volunteer, the institution may ask the judge to relieve it of all liability and to assign to the volunteer the financial burden of reparations for the victim (damages).

Good to know
‘Vicarious’ liability exists when person A is legally responsible for a person B.

This type of liability is governed by Article 1242, Paragraph 1, of the Civil Code which stipulates that ‘A person is liable not only for the damage he causes by his own acts, but also for that which is factually caused by the persons for whom he must answer, or by the things that he has under his custody’.

3 – The volunteer is criminally liable

The volunteer, like any natural or legal person, may be held criminally liable if he commits an offence.

However, the fact of being a volunteer at an institution may sometimes be taken into account by the criminal judge to assess the responsibility of the volunteer, which will potentially influence the choice of penalty, but will not, in principle, be a reason to dismiss the offence.

In other words, the volunteer status is not, in theory, a cause for justification of the offence, but does often cause the judge to limit the penalty to which he is sentenced.

The institution may, as a legal person, be prosecuted and convicted if the judge believes that the volunteer who committed the criminal offence is considered to be a ‘representative’ of the institution and that he is acting on its behalf.

The notion of representative is interpreted broadly; it does not refer solely to the president, but rather applies to all persons who have the power to make a commitment on behalf of the institution, which could be the case for a volunteer.

Good to know
In a recently decided case, the president of an apprentice training centre incorporated as an association had used some of the funds paid to the association by a local authority for purposes other than funding the training of apprentices.

They had been employed by the president for, among other things, personal use (reimbursement of dining and mileage expenses, etc.) and for activities not related to those of the apprentice training centre.

The Court of Cassation found that such misappropriation of grants constituted abuse of trust and, consequently, sentenced the dishonest director of the association to repay the amount of 549,160.24 Euros in damages to the local government, whose right to join a civil action to the proceedings was recognised by the Court.

Although the offence existed, in the case at hand, the volunteer director nevertheless managed, it seems, to avoid all criminal penalties (Court of Cassation, Criminal Chamber, Public Hearing of Wednesday, 3 June 2015, Appeal no. 14-82082).

Your needs / our solutions